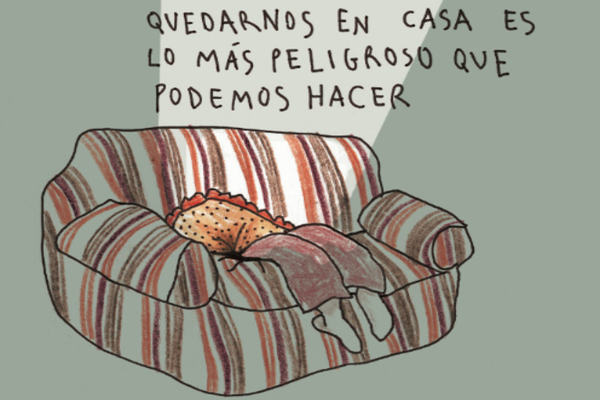 Some weeks ago I was contacted by Barcelona en Comú. A new political party in the city. They were interested in knowing the current situation of the coworking sector in Barcelona.

Today, there are only 3 days left until the municipal elections is a good moment to share the document I did for them with the collaboration of Marc Navarro.

An overview of the current situation

It is difficult to ascertain the exact and total number of spaces, there are too many. We find an approximate number in directories where spaces register themselves such CoworkingSpain, the main national directory of collaborative spaces, or Deskmag, the online coworking magazine reference in Europe.

According to the 2014 Global Coworking Survey, there are about 5.780 spaces worldwide, which 2.430 are based in Europe. And according to CoworkingSpain registration, in Spain, there are 724 spaces. In Barcelona there are 208, meaning that it is the Spanish city with the most spaces.

In 2012 everybody was talking about the Spanish Example because the country has the most spaces par citizen worldwide.

In 2013 Barcelona became the European Coworking Capital hosting the Coworking Europe and Coworking Spain conferences. The Global Coworking Census disclosure that the bubble was bigger than 2012, positioning Spain (with 200 spaces) at number 3 within the global ranking, following Germany (230) and USA (781).

In 2014, the sector became more experienced and coworking spaces started to become professionalised and specialised, the ones that didn’t bring value closed down. Capitalise the m2 was not worthy anymore because to manage a coworking space is to be an expert on managing professional communities.

According to CoworkingSpain, the average size of Spanish spaces is between 100 and 300 m2, most of them are placed in downtown. However, Barcelona is the city with more spaces up to 500m2 and has 8 centres with 1.000m2 or more, which are Betahaus, Kubik, Impact Hub Barcelona, Crec, Valkiria, Mob, Pipoca and Transforma Bcn.

Coworking is an innovative model regarding the way of working, entrepreneurship and business development. Two good definitions are:

Lack of awareness of the activity performed from the Public Administration. An activity license does not exist.

A coworking space has an innovative business model because generates multiple activities: shared office, any kind of events, education and training and even a bar service for its members or open to the public. It is very complicated to get a license for each activity.

The lack of a specific licenses isn’t reflective of the reality of the activities which gives uncertainty and insecurity to the space owners.

Unfair competition by the public sector

In Barcelona, as in other cities in Spain, Public Administrations have opened spaces challenging the private sector by offering pricing quotes under the market value, and even by hosting companies and entrepreneurs at no cost, giving prizes without any criteria.

As mentioned before coworking has become the entrepreneurship local engine offering not only the space, also the tools needed to develop projects saving costs at the same time.

The new generation do not trust the traditional working model promoted and used by the old economy anymore. They are already aware that to find a paid job over the last 5 years has been very difficult, specially first jobs. Coworking is a good way for the young generation of entrepreneurs to gain a foothold in their budding careers.

Coworking spaces have a high turnover of members (entrepreneurs, freelancers and companies), due to the high taxes that autonomous (self-employed) have to pay every month, reduced funding and the lack of mentoring for the creation and development of projects. A lot of projects don’t succeed when trying to grow due to a lack of economic resources.

Everything has a solution

Creating an activity license for the whole activity. We talk about a law that reflects and understands the complete nature of the activity.

Collaboration between the public and the private sectors

No to the unfair competition, yes in building alternative options.

We propose collaboration through an agreement where public space hosts and helps projects in their initial stage, after a year (enough time to create, test and launch the project), they will be transferred to the private sector: the coworking spaces.

Working within this system everybody wins: entrepreneur gains more time to develop the project without economical pressure during the mentoring process and can afford gradually the cost of the working space. Private coworking spaces reduce coworker turnover and welcome financially stable members. Public coworking spaces run as a bridge helping the other 2 players and finally are doing an effective and useful task: to make new projects.

Article written by Vanessa Sans of HWL in collaboration with Marc Navarro.